Over the years I’ve purchased multiple garden hose hangers, hose reels, hose carts, etc.  They’re usually plastic, have lots of moving parts, and end up broken after a year or two.  And these things aren’t cheap!  You can expect to pay $30-$50 for a low end model.  After my $40 hideaway cart broke beyond repair a couple of years ago, I was left with winding the hose up in a (sometimes) neat pile in a flower bed.  This was inconvenient and not very attractive.  Plus I had a couple close calls with spiders and other things that would hang out around the hose while it was laying on the ground. 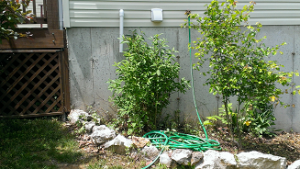 Construction of the Garden Hose Hanger

So I set out to do something different.  I wanted something that was simple and going to last for a while.  THIS great video that Steve has over at Woodworking for Mere Mortals was inspiring.  I liked his design, but I wanted to take a more simple approach to the build.  I’m not too concerned about the hanger being precisely cut or completely perfect.  It just needed to serve the basic purpose.  I also wanted it to be as cheap to make as possible.  So I gathered up some scrap pieces of pressure treated lumber and decided that a half circle design wouldn’t be hard to create.

An 8 inch diameter flower pot was used to trace the curve onto 3 pieces of scrap 2″x8″ lumber.  I then glued the 3 pieces together and screwed them together with 3″ wood screws from both directions. 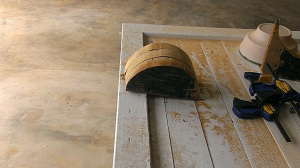 A couple more pieces were used as the ends of the hanger, one as a mount for the wall and one to keep the hose from falling off the hanger. 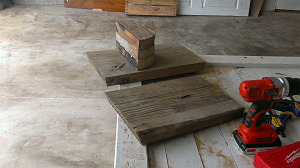 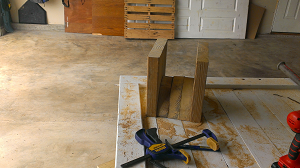 I rounded off the front end to give the garden hose hanger a more appealing look and to also allow the hose to wind around without getting caught on the 90 degree angles.  At this point I also ran the orbital sander over everything to remove splinters, paint, etc. 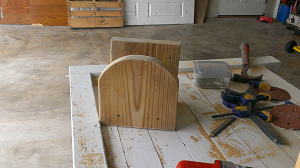 Three 5 inch lag bolts were added to secure the garden hose reel to the side of my house. 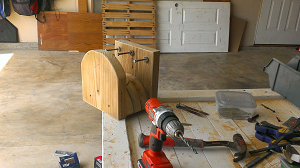 I finished off with a coat of deck stain and hung the garden hose reel near my hose spigot.  Finally, I drilled pilot holes through my siding and into the floor joist above my foundation. 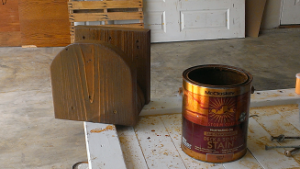 This garden hose hanger project is a very simple project and very cost effective.  I only spent about an hour and a half for time and I had all of the materials on hand.  Even if the material would need to be purchased the cost would be under $20. 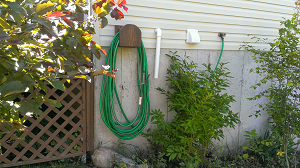 Check out the video for more information

This site uses Akismet to reduce spam. Learn how your comment data is processed.